I learned more about documentary during the Depression from Documentary Expression and Thirties America by William Stott than I've learned from any other source. Not only is it a brilliant analysis of cultural trends of the era, I'd say it should be required reading for anybody interested in documentary work.

The book corrected two major misconceptions that I've had about the thirties. Although the book covers much more than photography, my knowledge and misconceptions center around the FSA photography of the time. Because the iconic photographs form an important basis for our understanding of the Depression, it's helpful to understand the context in which the photographers worked.

misconception: I had thought that FSA photographers were an outgrowth of the big government programs at the time. Obviously, their task was to document sharecroppers and life across the country, both for historical reasons and to justify the relief programs of the Roosevelt administration. But I classified them together with other government support of the arts and science: the government threw money in all directions in an effort to restore the economy, and documentary photography was one facet.

reality: Documentary photography was no arbitrary accident. The conditions were ripe for documentary expression of all types, as Stott cogently explores:

misconception: FSA photographers were all working from the same book — although the photography wasn't overt, Soviet style propaganda, they were all pushing a social justice agenda.

reality: Much of the documentary media during the thirties was blatant propaganda, especially photography. Photographers were almost universally from wealthy backgrounds (it's important to remember just how un-egalitarian things were back then), and they were curiously out of touch with their subjects. Documentarians of all media traveled the country and spoke with real people, but they infantilized their subjects and denied them of their humanity. There was a sense that showing humanity — that people were complicated, got angry, had flaws — would cast doubt on the urgency of needed relief. So, flaws were edited out, and we're left with an historical record that shows poor people looking mostly resolute and weathered, with no sense of the joy they must surely have felt at times.

We know that the poor were not actual caricatures of destitution because of the work of James Agee and Walker Evans in Let Us Now Praise Famous Men, to which Stott devotes the final section of his book. Stott contrasts Evans with Margaret Bourke-White, one of the most famous photographers of the time, who produced a book with Erskine Caldwell called You Have Seen Their Faces. Bourke-White and Caldwell manipulated scenes and poses, and literally put words in their subjects' mouthes by adding captions to photos with purely imaginary quotes. Below one photo of a farmer and his wife sits the caption "A man learns not to expect much after he's farmed cotton most of his life." You Have Seen Their Faces is largely forgotten today, but Bourke-White and her photographs haven't been forgotten. A casual observer would lump her work with the rest of the documentarians of the thirties and build a flawed picture of the people and the era.

Stott asks us to consider Let Us Now Praise Famous Men as a very different specimen of documentary. The authors, though personally sympathetic to the sharecroppers they set out to document, refused to adhere to an ideology. Agee's text, originally written for Fortune magazine, confounded editors who expected something more in line with the documentary they'd seen before — socially-focused with a clear thesis. Instead, they were faced with a book that acknowledged the farmers' humanity and was full of brutally honest passages about the author (Agee writes about his fantasies of having an orgy with one of the farmer's wives and Walker Evans. Imagine reading that in 1936!). More than anything, Evans and Agee sought to show the beauty of the farmers' lives. Yes, these folks were poor, but they knew about quality and symmetry, and the authors appreciated their subjects as people rather than pawns to be used to further an agenda.

So, why is any of this important? Well, I don't feel like explaining why it ought to be important to you (because that's obvious), but for me, this book came at a critical time in my understanding about documentary. I've been in a creative slump lately and have felt despair about documentary photography: photojournalism was "pronounced dead" last month, Digital Journalist withered and died recently, and there are countless other examples of the decline in documentary media (documentary film isn't dead by any means, but interest has waned in recent years). The market just doesn't seem to want documentary — "reality", yes, but documentary, no. I had fantasized about an Obama version of the FSA photography unit, but that is just not possible. History has shown me that there needs to be a receptive audience for documentary to thrive; what we've got now is a country of apathetic isolationists, a far cry from the American spirit of togetherness that the Depression era brought us (I mean, aside from the lingering racism back then [though we're bringing some of that back today!]).

As not to end on a sour note, I'll explain a positive outcome from reading this book and starting to read Let Us Now Praise Famous Men. It may sound naïve, but when I've thought about documentary photography and attempted it in the past, I've been confronted with life's grey areas and wondered why it was so difficult to tell an honest story about what I've seen. I wondered how photographers could travel to distant lands and bring back depictions of war and famine, enduring tragedies with no solution in sight. How can they make it look so easy? Well, I'm not going to generalize the entirety of modern documentary photography, but I'll suggest that there are stories that are easier to tell when the photographer uses his subjects as descriptive devices rather than living people. One of my problems is a desire to dig deeper than the surface to find out and explain everything I can about a subject, and I become lost in the weeds of how confusing anybody's true story is to tell. It's not enough to photograph a garbage man working; I want to follow him home and see how he spends his free time, and learn how he got to where he is. If I can't delve deeper, I give up. Anything less than emersion is failure.

The positive lesson is that there may be stories that I can tell, if only I can resign myself to complexity without walking away in confusion. If I can learn anything from Evans and Agee and apply it to my life, it's this: search for something worth being passionate about; do not be reluctant to be honest when telling another person's story; find a balance between respect and reverence of one's subjects; hold no political agenda because life is fascinating enough without needing to be pressed into a mold; explore the inherent beauty in everyday life. 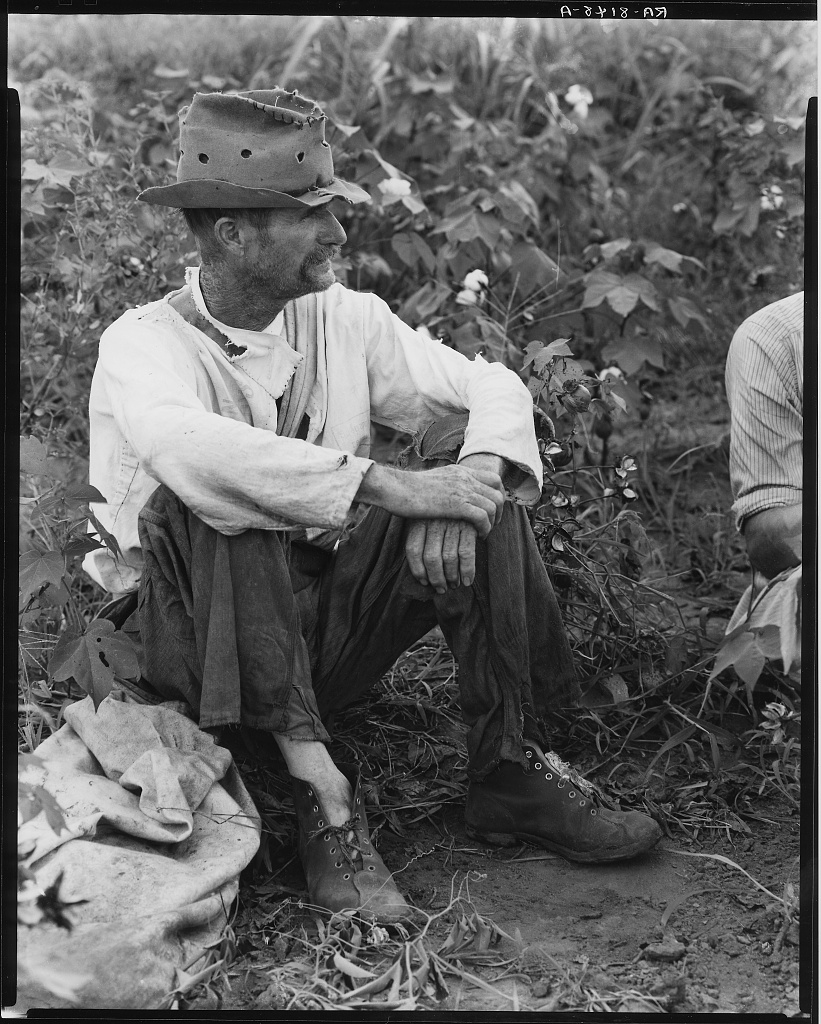