From my hero, Don McCullin:

Every time I went to war, I came back a little more damaged. I'm quite a resilient person, and I've got a lot of hardness in me when called upon. But there's another side of me — not actually soft, but as if my nerve ends are hanging out. I met the photographer Eugene Smith once. When someone asked me what he was like, I replied that he was a man whose nerve ends were hanging out. I discovered later that I had become the same.

There are times when I wish my nerve ends were not hanging out. I realize it's a blessing and a curse, but lately I've felt only the curse.

Is it odd that hearing Aleck Karis play Philip Glass brings me close to tears? Or is it universally moving?

When people assess a past experience, they pay attention above all to two things: how it felt at the peak and whether it got better or worse at the end. A mild improvement—even if it's an improvement from "intolerable" to "pretty bad"—makes the whole experience seem better, and a bad ending makes everything seem worse.

From a recent New Yorker article on the economy.

On another note, one major thought came to me in New York — with so many people living there, how can you meet anyone?
A related thought: what does it take to live in that city? What kind of person thrives there?

Anyway, here are the photos from the day: 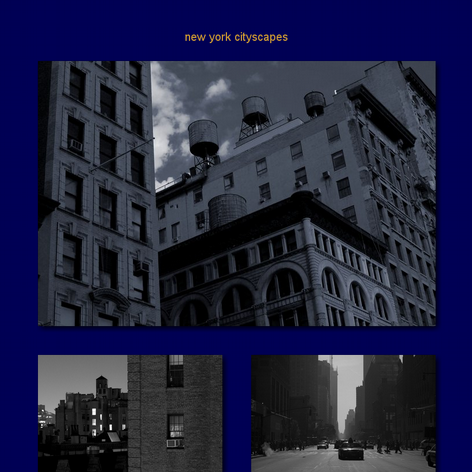 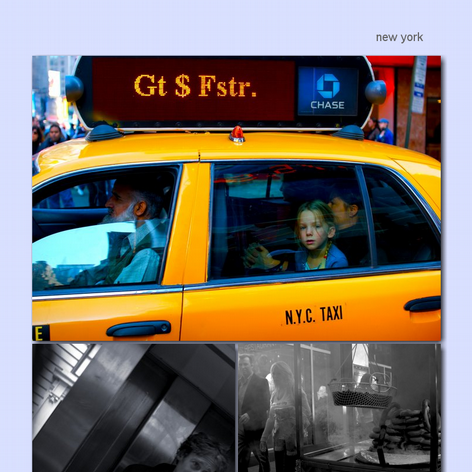 I just got back from New York, and man, do I stink! two days of the same clothes, including 7 hours of walking around the island lugging probably 20lbs. of photo gear.

No wonder society has a flawed perception of what it means to be beautiful.